The full moon rises over the Conejo valley as the sunset glows a hot red, enhanced by the particles in the atmosphere from the fire smoke. Evacuated to a friend’s place, I watch two whole seasons of cartoons in two days. Honestly, it’s not a bad start to my life in Los Angeles.

I shovel goat and horse poo, sneeze through the Peppertrees, and feed a turquoise-blue iguana worms. Why did I give up my PhD just to work this job in LA?

Because I was misled. I was given false promises of helping on a reintroduction project, and in the end it just wasn’t possible. But, just cause I couldn’t participate in one doesn’t mean my journey ends here. I’m determined, and even have leads on a project bringing back howler monkeys in Costa Rica this winter. My time as a conservation biologist isn’t over, yet!

The same eucalyptus that was in the forest of my fieldsite outside Sydney still haunts me here. All the vegetation is different; agave, desert plants, and lots of palms grow everywhere. A monarch flutters by over the chaparral terrain; a highly flammable landscape, especially with the strong Santa Ana winds this time of year means occasional evacuations.

I climb up the hill on the campus where I work to the House of the Book, the set where the big boss from power rangers was filmed. Supposedly, lots of films were shot here, including Jurassic Park and a scene from Chuck. 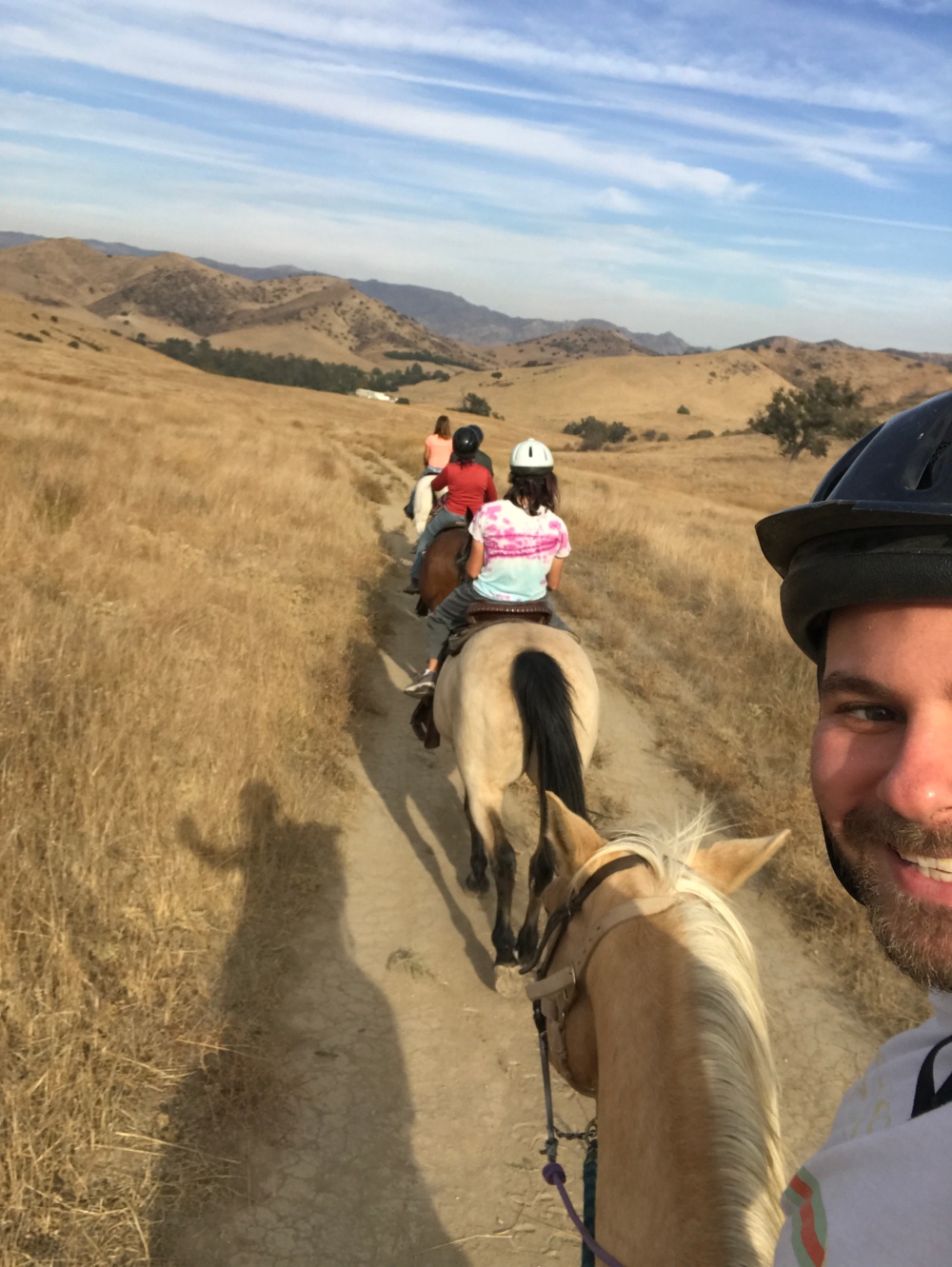 In exchange for shoveling horse poo, occasionally we get to ride across the famous campus

I watch the sun set over the pacific as I learn wilderness safety skills, hiking through the towering redwood trees down to the beach to practice scenarios to administer first aid. On the way back from the beautiful mountain view, I wake up to catch the colors of a gorgeous sunrise. Not a bad first trip in LA!

Not quite sunrise, but an unforgettable sunset over the Pacific Ocean from the cabin I stayed in as part of my wilderness first aid course.

Stopping by the elephant seals on the way home, I’m excited by their strange noises and awkward movements as they inch themselves forward on the sand before collapsing in a pile to cuddle and scratch themselves in the sun.

A male elephant seal sunning himself–what a life! Check out that long snout.

~~
I’ve picked up new hobbies since I’ve moved to LA. I went climbing for the first time! It was exhausting hiking 7 miles in with all the equipment through thorny oak thickets and red manzanita trees lining the walk. At the top, Malibu and LA are in view as well as the Channel Islands. It was nerve wracking scaling my first cliff, called corpse wall, but the encouragement from my new friends below and support from my trusted colleagues helped me climb, hand over foot, to the top. Some crevices were easier to traverse than others, but nothing was more exhilarating than to realize I’d climbed 60 feet up a vertical rock face to the beautiful view of the Valley at the top! 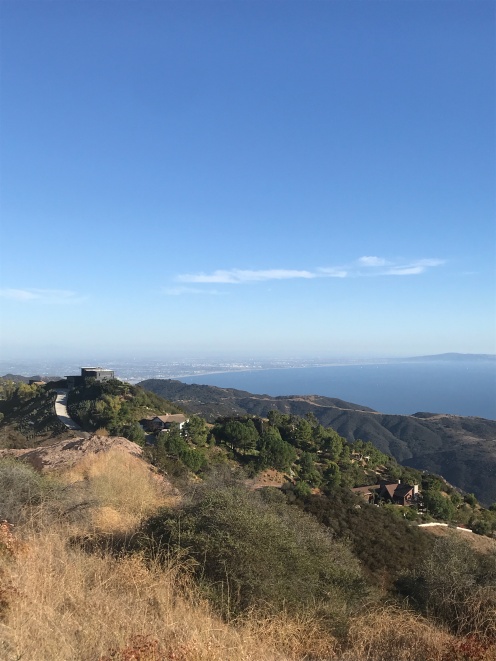 Views of malibu and LA from the top

Views of malibu and LA from the top

I also went climbing at night, which is challenging and scary, but I made it through! I just climbed for my third time outdoors this past weekend. There are so many gorgeous spots around LA. I went on a beautiful hike through Malibu Creek—with rolling hills that look a bit like Jurassic Park (though M*A*S*H* was filmed here). I can’t wait to keep exploring all of the nature in the city.

M*A*S*H* was filmed here to imitate the hills of Korea. Looks more like Jurassic Park to me!